Last year, one of my friends had the idea that we should go out on both Friday and Saturday of Halloween weekend- so we could wear two different costumes.  We decided on scary/sexy for the first night and cute/fun costumes the second night.

I DIY’d both of my costumes. I was a vampire the first night and a firefly the second night. 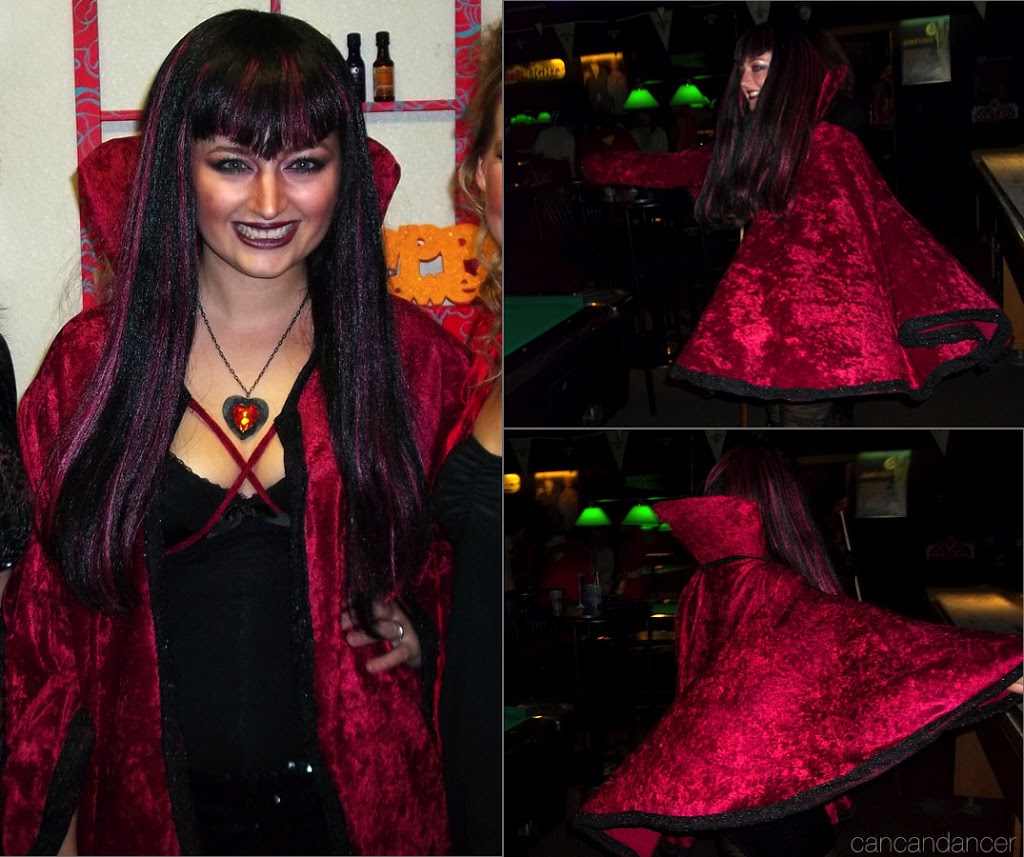 For my vampire costume, I made my cape with 2 yards of cheap velour from Joann’s and some leftover black, glittery, stretchy fabric.  I was having a really hard time finding a cape that wasn’t over $30 so I made mine for less than $10 (I used a coupon).

For the body of my cape, I cut 2 huge circles – selvedge to selvedge of 60″ fabric – each with one yard of the velour.  I cut a smaller circle in the middle of each circle for a neckline.  I measured the circumference of a tshirt I wear as a guide. With these two huge circles, I cut up the radius of each circle and sewed up one edge of each piece together. (This created one HUGE body piece that had a lot of volume. Using one circle would also work to create a cape.)

To make the huge collar I actually cut out the shape from some corrugated cardboard with the corrugation in the vertical direction. This way my collar would curve around my head, not over it.  I then cut out two pieces of fabric the same shape of my cardboard cutout with an additional inch of seam allowance added to each side.  I sewed the top and side seams together creating a pocket shape and then sewed this to the body of my cape.

To sew the collar to the cape was quite the task, since I had cardboard in the collar.  I did not sew through the cardboard at all. I sewed the final seam very close to it, trapping it inside the collar cover and attaching it to the center back of my cape’s inner circle.

I sewed the black glitter fabric around every free edge in a bias-tape manner. I also attached two long strips of fabric in the front of my cape so I could tie it closed, but my collar was so heavy it fell backward with a simple bow.  By criss-crossing the ties under my bust and knotting in the back, there was enough tension to hold the collar cape up.

I wore a corset that was on clearance at Hot Topic in March, black lace tights, and a glitter tube top actually as a skirt. The necklace I have had since I was 18, and I can’t remember where I bought it.

I bought my wig from Joann’s on clearance and it originally was wavy.  I draped it over a bucket and poured boiling water over it in my shower to straighten it. I let it air dry and then gave it a little trim.

The cape was my favorite part and it kept me warm even in the chilly Idaho Halloweens. 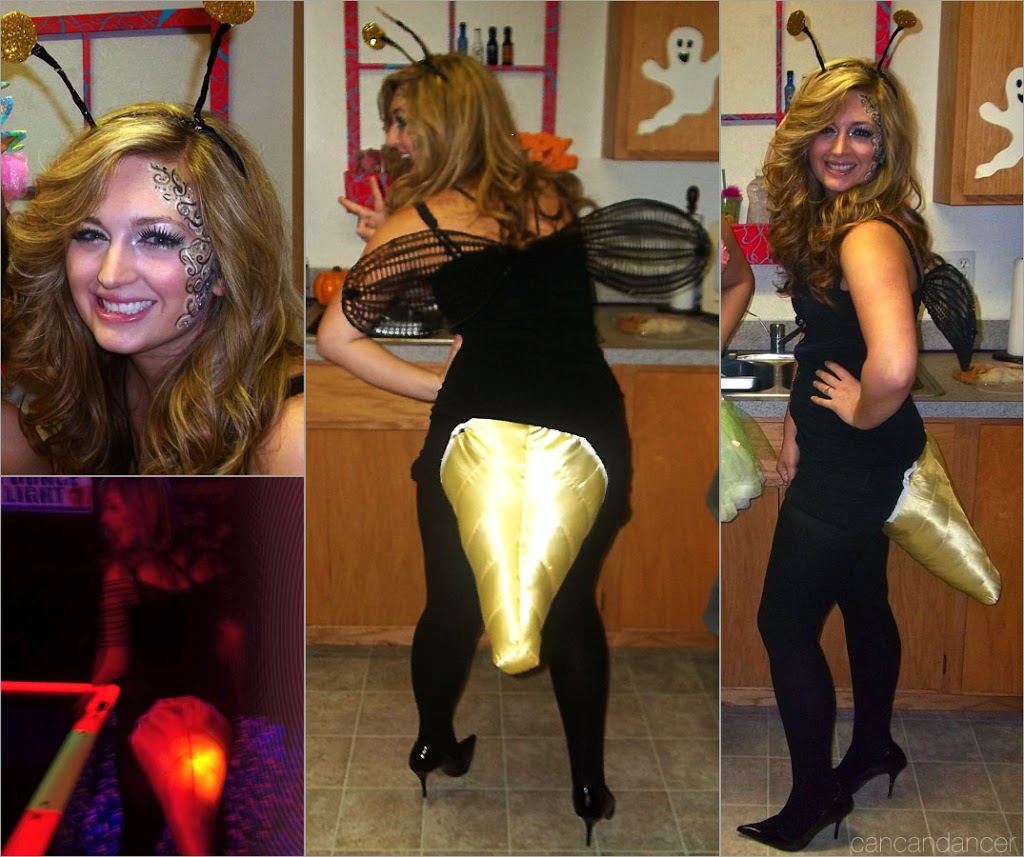 For my second costume, I really wanted a costume that lit up.  I instantly thought of a firefly. Making the abdomen for my firefly costume was a… learning process.

I used two tap lights from the Dollar Store, but I think glow sticks would have been better and more reliable.  In the picture above, one of my lights had died, leaving my butt half-illuminated. The lights did not get too hot and thankfully my butt did not light on fire.

I created my wings with two metal hangers, electric tape and a ripped pair of fishnets.  I used the waist bands from the fishnets as the straps for my wings. I created my feelers with a Dollar Store hard headband, pipe cleaners, electric tape, cardstock, glitter and Mod Podge.

I love makeup, so I drew organic swirls on one side of face in yellow, green, white and black eyeliners. People were confused by my costume and kept asking me if I was a bee or a wasp all night, but I would just hit my butt light on and they would understand. I couldn’t sit on anything but stools all night, but it was still fun!

This year I am going to be a lion. I want a huge MANE.  What are you going to be?

One thought on “Halloween- Last Year” 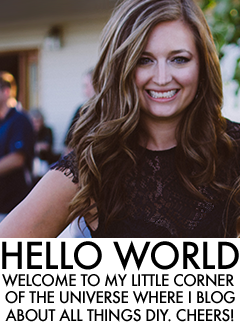 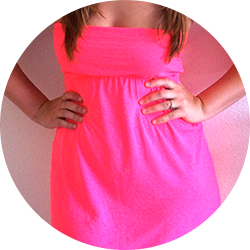 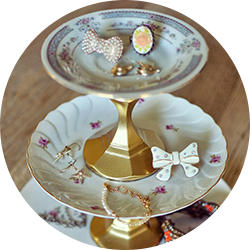 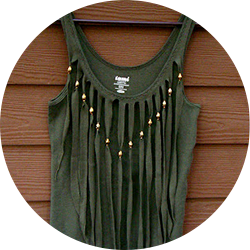